Yes, You Belong Here - What is Impostor Syndrome?

This is part one of the series on my talk about impostor syndrome. You can read the second part here. 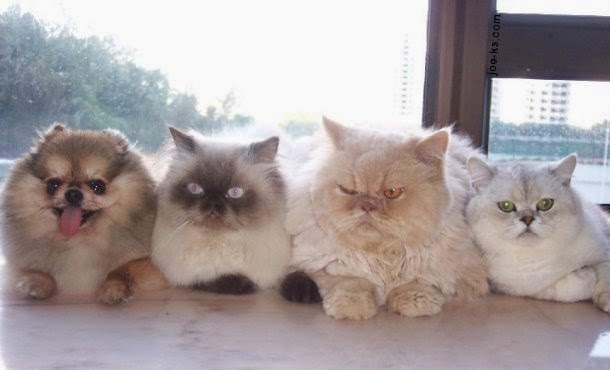 This past month I spoke at the 2014 Spring Utah Code Camp. I don't speak at conferences generally (2nd time speaking at a conference) but was convinced by some friends that I should speak about something. I only like to speak about subjects that I know quite a bit about and since I've been fighting a mild case of impostor syndrome on and off for the past year or so, it felt like a good fit.

My slide deck is fairly minimal and the talk wasn't filmed so this is part of a series of posts that go with the talk for those that are interested.

Looking up impostor syndrome in Wikipedia:

It's not a pleasant way to live. You feel like everyone in your field is smarter than you and somehow you haven't been found out yet. You live in fear that some day, someone is going to call you out on how much you suck and then you will be cast out, never to work in the field that you enjoy again.

The real tragedy is you may actually be quite good in your field and have been recognized for it but you get so fixated on some failure you've had or on some skill-set that you're missing that you have a hard time seeing how good you may actually be. This tends to lead to destructive internal thoughts such as:

At best, this kind of talk just makes you sad for a few days and then you move on but at worst it can lead to depression and possibly leaving the field because you feel that you'll never measure up.

Why should developers learn about impostor syndrome? Unless you're making some really small-scale programs or mobile apps, chances are you're working on a team. Because of this, I would argue that at least 50% of your time working is spent interacting with other people through code reviews, pairing, meetings and general socialization. Because so much of our time is spent interacting with people, we can increase team productivity as well as help each other by being aware that such problems exist.

Not all postings look like that but we sometimes have a hard time passing up the chance to be called a guru or ninja at work (hell, I want to be a superhero; Sr. Software Engineer just doesn't have the same ring to it).

Because we work in an intellectual profession, we surround ourselves with smart people. This is good because we want to learn from smart people but we can sometimes develop impostor syndrome by imagining that we'll never measure up to our colleagues.

We see other developers in social media and open source and praise how intelligent they are. We have our own little set of celebrities that we follow (you can see mine here). Someone with impostor syndrome may get discouraged comparing themselves against these geek celebrities.

A lot of developers may have been told that they're just naturally smart by parents or teachers when growing up. While good-intentioned, this can give someone a fixed mindset that they are "a smart person" and situations that may prove otherwise can contribute to impostor syndrome.

Side Effects May Include... #

There was a story last year about someone that pushed some code out on Github only to have it openly mocked on Twitter. This is the worst nightmare of someone that has impostor syndrome. Remember, they already feel like an impostor and this is like shining a spotlight on their perceived inadequacy.

In some cases, someone with impostor syndrome may put up with a job they might not like because they're afraid to interview. They may feel that they're not good enough to get a job somewhere else and that they're lucky to have the one they have.

Impostor syndrome can push people to level up in their skills but if they have a distorted view of what "normal" is in your field, they may keep trying harder and harder only to burn themselves out chasing this unattainable view of "normal". This is the kind of thinking that leads people to depression and giving up on programming.

Sorry about that, there really is a silver lining to all this though! I don't want to try to fit everything into one post (already at tl;dr length IMO) so next post will be about what you can do about impostor syndrome. Feel free to comment below or hit me up on Twitter and Google+.